Computer and software programs are useful because they do a lot of laborious work very fast and can also do multiple things at once. We want our programs to be able to do multiple things simultaneously, that is, multitask, and the success of a programming language can depend on how easy it is to write and understand multitasking programs.

Concurrency and parallelism are two terms that we are bound to come across often when looking into multitasking and they are often used interchangeably. However, they mean two distinctly different things.

The standard definitions given on the Go blog (https://blog.golang.org/concurrency-is-not-parallelism) are as follows: 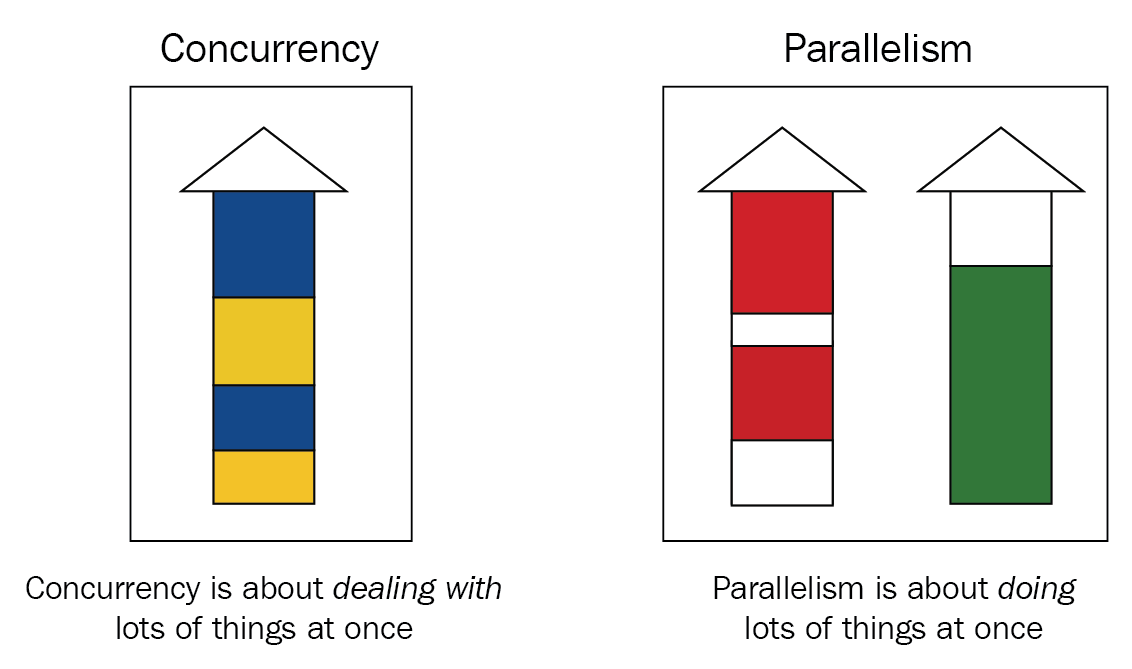